Home / News / I want to buy an Apple flagship device: should I wait for iPhone 13? 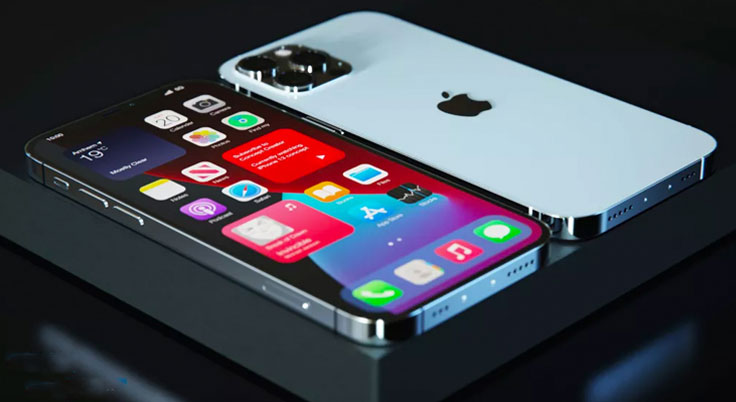 Whether you’re an Apple fan or not, whenever there is news of a new iPhone coming, you will be interested to see what they have in store. And you’re most likely wanted to give it a try. The iPhone 13 rumors have been circulating for a while. At a point, it seems to be somewhat expected since the competitors are steadily chugging out phones every year.

But should you change to the latest iPhone or should you wait until they have something more? Apple has this habit of throwing a curveball by releasing a new phone not long after their flagship official release. Still fresh in mind when they released iPhone SE 3 not long after releasing iPhone 12. Anyway, there is an ongoing competition between iPhone 12 and the upcoming iPhone 13. Both old and new fans have been wondering if it’s worth grabbing the current iPhone 12 or should they wait a little longer for iPhone 13. If you are one of them then you should keep on reading before you make any decision.

The first thing you need to be considered is how old is your current phone. In general, a mobile phone needs to be replaced after 2-4 years. If you are still using an old iPhone series, especially the series before iPhone X, then you can grab the iPhone 12 immediately.

iPhone 12 was released only 3 years from iPhone X, but have managed to push the standard on an even higher pedestal. Most people will only notice the physical changes are on the OLED display and the new Bionic CPU. But performance-wise, it’s a whole lot different experience.

Is Your iPhone still in Working condition?

The answer to this question may vary. Many people consider that as long as the phone can calls and text, they are doing just fine. But other variables must be considered as well, such as battery health and the screen display.

One of the most common issues faced by any iPhone user is a cracked screen. This is common for those who are still on the older models. If you’re lucky, your screen will hold on for a little longer. But that still will cause you some problems and feel uncomfortable when using the phone.

Another common issue is the battery life. Once in a while, you must check the battery health and see if you need to change your habit or change the battery altogether. Many people dismiss this notion until it’s too late and the battery is already failing.

If you have both issues, then you need to grab iPhone 12 as soon as possible. Especially if you can’t wait until iPhone 13 is released.

More than a Display

iPhone 12 may seem like not having many upgrades compared to iPhone 11. But on top of the OLED screen, iPhone 12 also has Corning ceramic shield glass.

This material is claimed to be harder than metal. It’s also strong enough on contact with harder surfaces such as asphalt and bricks. If you’re prone to dropping your phone, then you should look for the phone with Corning ceramic glass.

Do you badly need a 5G connection?

The only iPhone with a 5G connection so far is still iPhone 12. Of course, iPhone 13 will follow suit when it’s released. That returns the question to you, can you wait for iPhone 13 to be released? If you have the means and are curious about the new connectivity, then you can get your iPhone 12 now.

In all honesty, the price is the most important factor for most people. The price may still be unknown, but we all know that iPhones don’t come cheap. Upgrading to either iPhone 12 or iPhone 13 will force you to dig a little deeper.

However, keep in mind that the price of the iPhone 12 will fall as soon as Apple released iPhone 13. It might be not much, but will be enough to make a difference.  Although, Apple could throw another curveball and make it cheaper than expected.

At any rate, you should get excited about the upcoming Apple event. Where they will be confirming and debunking all the rumors around their products such as iPad Mini 6, AirPods, and Apple Watch 7.

We use cookies on our website to give you the most relevant experience by remembering your preferences and repeat visits. By clicking “Accept All”, you consent to the use of ALL the cookies. However, you may visit "Cookie Settings" to provide a controlled consent.
Cookie SettingsAccept All
Manage consent

This website uses cookies to improve your experience while you navigate through the website. Out of these, the cookies that are categorized as necessary are stored on your browser as they are essential for the working of basic functionalities of the website. We also use third-party cookies that help us analyze and understand how you use this website. These cookies will be stored in your browser only with your consent. You also have the option to opt-out of these cookies. But opting out of some of these cookies may affect your browsing experience.
Necessary Always Enabled
Necessary cookies are absolutely essential for the website to function properly. These cookies ensure basic functionalities and security features of the website, anonymously.
Functional
Functional cookies help to perform certain functionalities like sharing the content of the website on social media platforms, collect feedbacks, and other third-party features.
Performance
Performance cookies are used to understand and analyze the key performance indexes of the website which helps in delivering a better user experience for the visitors.
Analytics
Analytical cookies are used to understand how visitors interact with the website. These cookies help provide information on metrics the number of visitors, bounce rate, traffic source, etc.
Advertisement
Advertisement cookies are used to provide visitors with relevant ads and marketing campaigns. These cookies track visitors across websites and collect information to provide customized ads.
Others
Other uncategorized cookies are those that are being analyzed and have not been classified into a category as yet.
SAVE & ACCEPT